The rolled up Imperium Romanum map was Sardis Verlags most popular product and virtually sold out since the first weeks of 2017. Now a reprinted and heavily improved second edition has entered production. Over the last three years I made a number of changes affecting both the general and appearance and content. Thus compared to the first edition from 2014 there are quite a few improvements that I will introduce below. 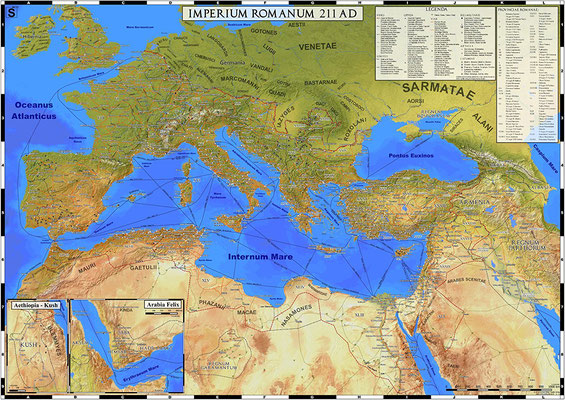 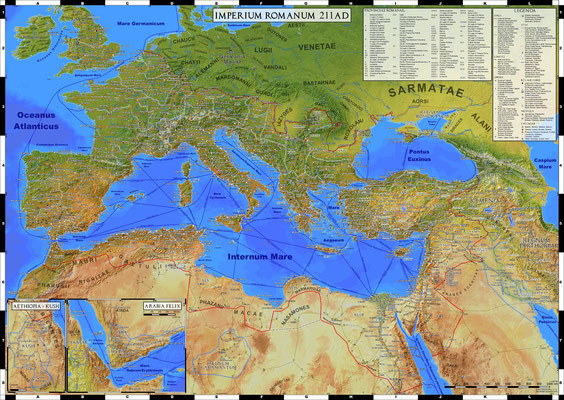 It was always my intention to continuously improve the map. Thus most of the improvements made since 2014 could already be included in the last prints produced by Sardis Verlag, such as the Imperium Romanum 211 AD folded posters and the final lot of textile prints currently on sale.

The new prints are already available for purchase from our Webstore and can be ordered through Amazon.co.uk and other European Amazon marketplaces.